Do Black folk have a common notion of what our collective priorities should be in community development, political engagement and activism? If we look at the African community in America, it may be fair to say our last collective social/political endeavor to have lasting effect in the broader society was the Civil Rights Movement of mid 20th century. At that time, our sense of common values, common culture, the sense we held in common of what our main struggles  were in mainstream American Society  all melded into a common notion of  Black Identity. There were certain assumptions we could make about our collective attitudes….

But this is a different era and very often, those old assumptions aren’t reliable predictors. We need to rediscover who we think we are as a group…..

This page will list Polls&Surveys we conduct and link to their results. Also, our posts will often have associated polls that collect data directly related to concepts developed in the post.

Our Polls & Surveys will be organized according to common standards of Social Science Research, and are intended to generate ?data….

Blogs To Check Out: 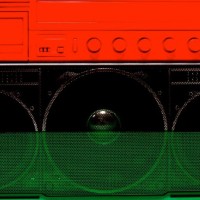 JOKO At The AFIBA

In, around, behind and beyond the writing of God's Blood, the new novel - a good read!